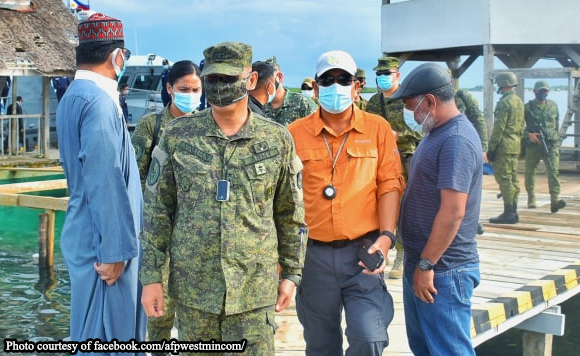 ZAMBOANGA CITY – The provincial government of Basilan is pushing to convert the Sampinit complex from a former stronghold of the terrorists Abu Sayyaf Group (ASG) into a military reservation and to be declared as a “peace zone.”

“We want that this area is converted into a military reservation for it to be off-limits to lawless groups and be declared as a ‘peace zone,’” Hataman said in a statement Tuesday.

The Sampinit complex used to be a stronghold of the Abu Sayyaf bandits in Basilan. It was known as “springboard for satanic acts” because it was where most kidnap victims were beheaded in the past after they or their families failed to pay the ransom.

One of those tortured and killed on May 3, 2000 in Sampinit complex was Claretian priest, Fr. Rhoel Gallardo, who was then in his sixth year of priesthood.

The Abu Sayyaf bandits kidnapped Gallardo along with 22 students and four teachers on March 20, 2000 from Claret School of Tumahubong, Sumisip, Basilan.

The number of students taken hostage by the Abu Sayyaf bandits reached 54 as they also seized school children along the way while proceeding to the Sampinit complex.

Government troops launched an assault on the complex after negotiations to free the hostages failed.

During his visit, Vinluan inspected the 200-hectare lot donated by the local government of Sumisip to the Armed Forces of the Philippines (AFP), which will be converted into a military reservation.

“I am personally elated seeing the fruits of our soldiers’ hard work and dedication,” Vinluan said. “Their indefatigable service led to the restoration of this sanctuary. Rest assured that we will continue their legacy by eliminating hostility and bringing about the normalcy in the area.” (PNA)