Iligan placed under state of calamity due to dengue 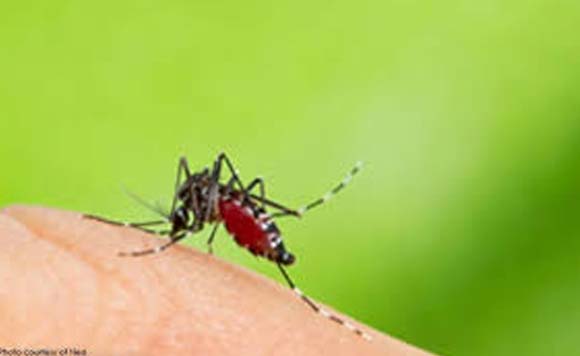 ILIGAN CITY–The local government here declared on Tuesday a state of calamity following the alarming increase of dengue cases in the city.

Local dengue cases have so far reached 1,138 with 14 deaths from January 1 to August 17 this year, according to the Iligan City Health Office.

City Health Officer Cherlina Caṅaveral said the declaration authorized the local government to use the more than PHP8 million as a quick response fund against dengue.

Part of the funds will also be used for information and education campaign against dengue, she added.

In comparison, the neighboring Cagayan de Oro City only has nine deaths.

The DOH records also showed that Lanao del Norte ranked third in the number of dengue cases in Region 10, with Bukidnon and Misamis Oriental provinces ranking first and second, respectively.

“Why is it alarming? The acceptable case fatality rate is only .4 percent, meaning we failed to respond to the problem. We are way beyond the acceptable fatality rate. We should exert extra efforts in combating against dengue,” Subaan said.

The local government launched Tuesday a city-wide cleanup that aims to mobilize villages in the fight against dengue.

Mayor Celso Regencia also warned that barangay officials who do not have anti-dengue initiatives will be sanctioned.

Meanwhile, the Philippine Red Cross (PRC) has set up a dengue emergency medical tent in front of the City Hospital as an alternative hydration station.

Subaan said the two-bed capacity air-conditioned tent is in anticipation of the increasing number of dengue cases in the city.

Aside from the PRC’s dengue emergency medical tent as alternative hydration station, Subaan has also called on the city government to prepare other medical facilities in the barangays such as birthing stations for dengue patients.

“These are other options to accommodate all patients. We want to avoid previous cases that patients are not accommodated and were asked to go home instead,” the DOH-10 chief said. (PNA)