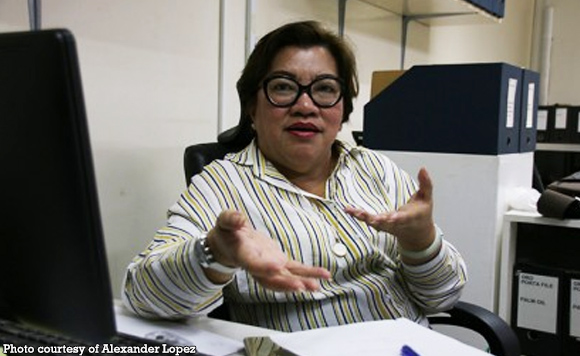 0 303
Share
Want more POLITIKO News? Get the latest newsfeed here. We publish dozens and dozens of politics-only news stories every hour. Click here to get to know more about your politiko - from trivial to crucial. it's our commitment to tell their stories. We follow your favorite POLITIKO like they are rockstars. If you are the politiko, always remember, your side is always our story. Read more. Find out more. Get the latest news here before it spreads on social media. Follow and bookmark this link. https://goo.gl/SvY8Kr

BUTUAN CITY — A foreign-funded project that aims to increase the income of small farmers and unemployed rural folks will be implemented this year in three provinces in the Caraga region, an official of the Department of Trade and Industry (DTI) said Friday.

Tidalgo said the project amounts to $96.19 million and will be implemented by DTI-13 in partnership with the funding agency International Fund for Agricultural Development (IFAD).

She said the project targets to help 78,000 households increase their income by 60 percent by providing 31,000 direct and 155,000 indirect jobs, and attain a 100 percent increase in sales of 1,050 micro, small, and medium enterprises (MSMEs) in the region.

“The project will directly support five industry clusters in agriculture in the region, to include coffee, coconut, cacao, calamansi, and banana,” Tidalgo said.

Tidalgo said the RAPID Growth project is aligned with the Philippine Development Plan 2017-2022 and seen to trigger agro enterprise development in the rural areas in Caraga.

Caraga was established as an administrative region in 1994 with P29 billion gross regional domestic product (GRDP), increasing to P100 billion by 2019, data from DTI-13 showed.

Tidalgo said the RAPID Growth Project would help spur agricultural development in the region that will greatly help increase further Caraga’s GRDP in the next 10 years.