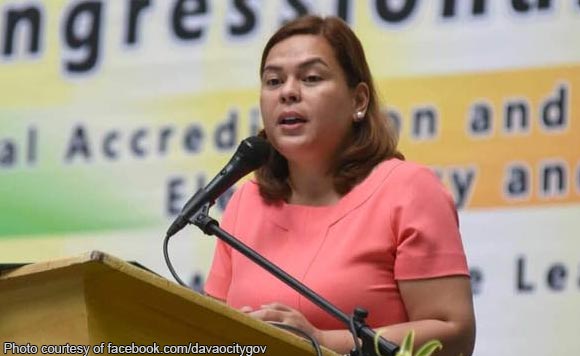 Cayosa said that a certain individual went to Davao City reportedly to approach the presidential daughter for Marquez’ benefit. Marquez is one of the 13 applicants for the position left by former Justice Samuel Martires, who is now the Ombudsman.

The court administrator apparently denied having a hand on the matter, saying that he has a lot of well-meaning friends and acquaintances who were offering him help.

But he said that what he could just say was to “say thank you without me knowing what they are going to do and without knowing the extent that they will be doing whatever.”

Marquez said he has the credentials and track record to back up his application.

Last week, Duterte-Carpio issued a statement discouraging President Rodrigo Duterte to appoint a certain individual as justice of the high court for allegedly meddling in her disbarment case.

She has said the person, whom she refused to name, was allegedly behind the move by certain persons asking the petitioners and witnesses in her disbarment case to withdraw their complaint.

“This person has been trying to spin my case to get a favorable ruling — hoping that I may take notice of him,” the mayor has said.

She has said that she never asked any complainant or witness to withdraw the disbarment case against her.

Duterte-Carpio has been facing disbarment case for punching a court sheriff during a demolition of informal settlers in Davao City in July 2011.