Hundreds of evacuees refuse to go home for fear of aftershocks 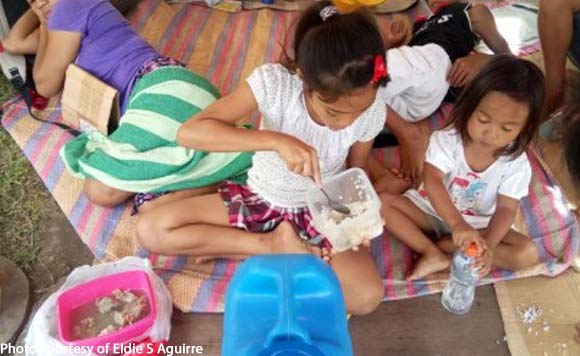 DIGOS CITY – Hundreds of families opted to stay in four temporary evacuation camps rather than go home and shiver in fear when aftershocks strike again.

Digos City Social Welfare Officer Vivian Ferolino, in an interview Friday, said there are 173 families from Barangay Dawis living in makeshift tents in a vacant lot in Barangay San Jose, just a few meters from the BIR District office.

“Since October 16 when the 6.3 magnitude earthquake hit the city some of those families were already in those areas. The number is getting bigger after the October 29 and 31 earthquakes,” Ferolino said.

Mayor Josef Cagas, she said, has to use his own resources to sustain the basic needs of the evacuees.

She, however, said the mayor heave a sigh of relief following the passage of a resolution from the City Disaster Risk Reduction and Management Council on Oct. 30 recommending the City Council for the declaration of Digos City under the state of calamity.

“The foodstuffs will not last long but it really helped us provide the basic needs and necessities badly needed by the evacuees. I also learned that the staff of Senator Bong Go has coordinated with Mayor Josef Cagas,” Ferolino said.

Reynaldo Baron, a father of three living in one of the makeshift tents in Barangay San Jose, said he will no longer go back to his rented house in Barangay Dawis because it is already unstable.

“I also lost my job as a construction worker at the Big 8 Hotel after the local government ordered the stoppage of work. We are just depending on the foods coming from the city government,” Baron said in the vernacular.

Each tent is occupied by at least 2 or 3 families.

Mayor Cagas said the evacuees will be transferred to the official city evacuation center beside the Don Mariano Marcos Elementary School where they will be segregated and given specific tasks by the social welfare office to start the process of post-earthquake psychological intervention after a traumatic experience. (PNA)