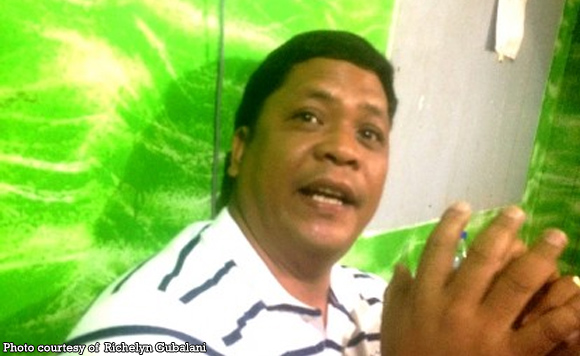 0 177
Share
Want more POLITIKO News? Get the latest newsfeed here. We publish dozens and dozens of politics-only news stories every hour. Click here to get to know more about your politiko - from trivial to crucial. it's our commitment to tell their stories. We follow your favorite POLITIKO like they are rockstars. If you are the politiko, always remember, your side is always our story. Read more. Find out more. Get the latest news here before it spreads on social media. Follow and bookmark this link. https://goo.gl/SvY8Kr

GENERAL SANTOS CITY — Police arrested an alleged agent of an illegal investment scheme in an entrapment operation in a posh hotel here on Monday.

Pascual said the suspect, who hails from Bago Aplaya in Davao City, allegedly tried to lure a local resident to invest some PHP2 million into Rigen, which supposedly resumed its operations in the city.

Rigen Marketing was among the dubious investment firms shut down by authorities in June following orders from President Rodrigo Duterte.

Pascual said the suspect offered to triple the investment in just one month and promised a succeeding interest payout of 400 percent per month.

However, Pascual said the would-be investor had doubts and instead reported the matter to the police, prompting them to set up an entrapment using “boodle” or fake money.

“The transaction went on and we immediately arrested the suspect upon receiving the boodle money from our complainant,” he told reporters.

In an interview, Solatorio insisted that he was not an agent of Rigen Marketing, which originated in Tagum City. He claimed that he did not transact and receive any money from the complainant as reported by the police.

But Pascual said they have evidence that Solatorio held the “boodle money” before he was arrested.

He said the suspect will be charged for acting as an agent for an illegal investment scheme or violation of the Securities Regulation Code.