House wants Mindanao to have 1/5 of budget 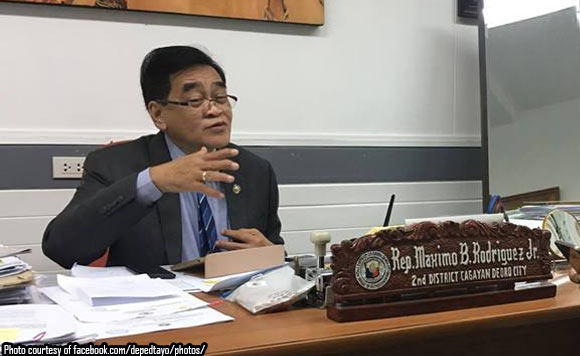 The House of Representatives’ committee on Mindanao affairs is seeking for a substantial budget increase for Mindanao in 2019.

In a press conference on Wednesday, committee chairman Maximo Rodriguez said a realistic target of 20 to 21 percent of the national budget could be allotted for Mindanao next year.

Citing a study conducted by the Congressional Policy and Budget Research Department, Rodriguez said around 16.2 percent of the 2018 national budget was allocated for Mindanao. For previous years ‎2014-2017, the average share was only 12.8 percent.

“It is our appeal to all our departments that Mindanao should receive its fair and equitable share of the national budget due to the 40 percent poverty incidence, the highest in the country; a growing population of 26 million which is one-fourth of the Philippine population; for the development of the island’s potential as the country’s food basket; and for peace to finally be achieved due to increase economic or socio-activities to uplift (people’s lives from) poverty,” Rodriguez said.

Duterte: Not all Mindanao moros are our enemies