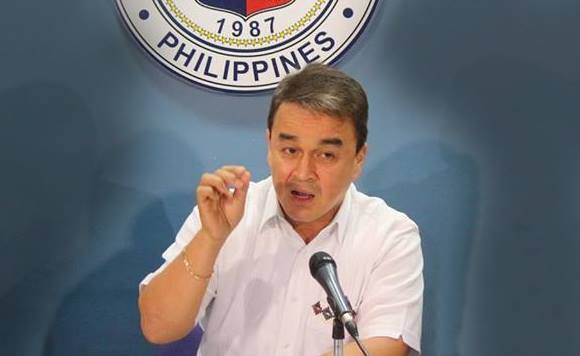 The chairman of the House committee on dangerous drugs, Surigao del Norte Rep. Robert Ace Barbers, said it’s the correct course of action not to give Vice President Leni Robredo a copy of the narcolist, since it could fall into the wrong hands.

“There is no need for VP Leni to have a copy of the list of High Value Targets (HVT) as it is classified information and must only be accessible to personalities with security clearance,” he added.

“There is already a process in place to protect the confidential nature of such highly sensitive information that we, as government officials should respect,” Barbers added.

The Surigao del Norte congressman advised Robredo to exercise prudence in her job as co-chairperson of the Interagency Committee on Anti-Illegal Drugs (ICAD) by respecting the processes in place that aim to protect the confidentiality of the government’s list of high-value targets (HVTs) in the anti-drug war.

Barbers said that while Philippine Drug Enforcement Agency (PDEA) Director General Aaron Aquino has already expressed willingness in providing Robredo the HVT list, he believes that this is unnecessary given the confidential nature of this highly sensitive information which could fall into the wrong hands.

“While we all share the goal of eradicating narcotics and its sources here in the country, we should exercise due diligence and keep in mind that our national security should always be our paramount concern,” Barbers said.

Aquino has said that while he was willing to provide Robredo the HVT list, he can only do so under strict confidentiality through a closed-door meeting and only with officials with the proper security clearance.

Barbers noted that even Aquino, who co-chairs the ICAD with Robredo, has pointed out that he does not have the HTV list in his possession and “only checks it from time to time.”

Barbers said that Robredo’s lack of access to the HVT list should not be viewed as a sign of disrespect or a lack of trust because ensuring the confidentiality of the list is standard operating procedure in law enforcement operations.

“Should the HVT list fall on the wrong hands, it might compromise the investigation done on these people and jeopardize the success of the anti-drug campaign, or worse, pose a threat to national security,” he said.