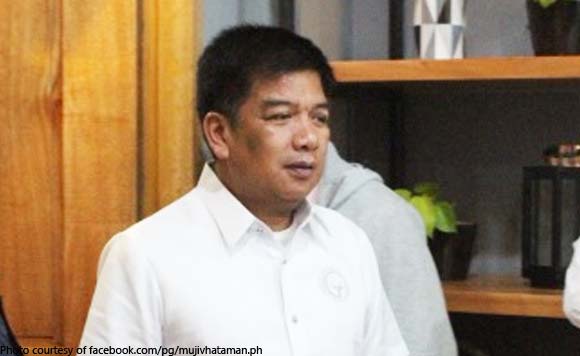 0 304
Share
Want more POLITIKO News? Get the latest newsfeed here. We publish dozens and dozens of politics-only news stories every hour. Click here to get to know more about your politiko - from trivial to crucial. it's our commitment to tell their stories. We follow your favorite POLITIKO like they are rockstars. If you are the politiko, always remember, your side is always our story. Read more. Find out more. Get the latest news here before it spreads on social media. Follow and bookmark this link. https://goo.gl/SvY8Kr

Deputy Speaker and Basilan Rep. Mujiv Hataman on Sunday called on the Filipino people to re-ignite the spirit of the 1986 EDSA Revolution as he encouraged the “woke” generation to learn from the experience of those who fought and won against the dictatorship.

Hataman, a human rights activist, encouraged Filipino millennials and those belonging to the so-called Generation Z to “seek true stories” of the past and not be blinded by the historical revisionism prevalent in today’s digital era of fake news and half-truths.

“Yung may kamulatan ka para ipaglaban ang iyong mga karapatan. This is why I encourage the youth to dig deeper and find truth and wisdom in the 1986 People Power Revolution,” the former governor of the now-defunct ARMM expressed.

“I call on the next generations to stand for their rights, and seek true stories of how there came to be an EDSA People Power Revolution, and how Filipinos gained their freedom as a result. Finding the true meaning of EDSA People Power will give the youth more understanding of what their rights are as citizens,” he added.

The Basilan legislator said that the youth of today are more assertive of their rights and have more ways to express dissent and their grievances given the free access to social media and the internet.

“If you study the lessons of EDSA, you can discern that the enemy of democracy is oppression. Then you will know what to fight for when the time comes to stand as one against tyranny,” Hataman said.

“I also call on the parents of our youth to explain to their children what EDSA was and what it represented,” he added.