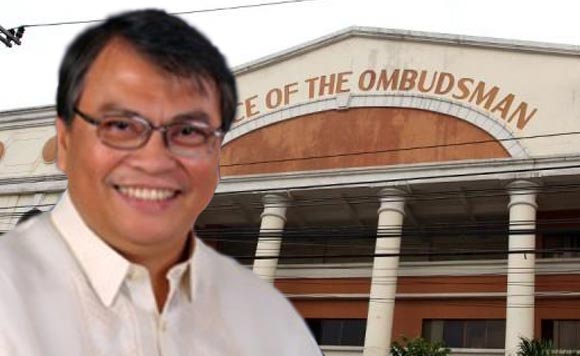 This is in connection with the irregularities that tainted the disbursement of his 2007 Priority Development Assistance Fund (PDAF).

The politiko and three others are facing trial before the Sandiganbayan for one count each of violation of Section 3(e) of the Anti-Graft and Corrupt Practices Act and Malversation of Public Funds.

The Ombudsman also found Ipong and Jover administratively liable for grave misconduct and conduct prejudicial to the best interest of the service and ordered his dismissal from the service and perpetual disqualification from holding public office.

In case of separation from the service, the penalty is convertible to a fine equivalent to respondent’s one year salary.

Ombudsman investigators found that in 2007, the Department of Budget and Management released P5 million as part of the lawmaker’s PDAF to fund livelihood projects in the second district of North Cotabato.

Documents showed that Ipong indorsed and the Aaron Foundation Philippines, Inc. (AFPI) as NGO-partner with the TRC as implementing agency.

Field investigation, however, established that the P5M was released in full and used to fund Ipong’s “ghost projects.”

Investigation revealed that the NGO was not qualified to implement the multi-million livelihood project; it had no business permits from 2004 to 2009; its listed business address is located in a vacant lot used as storage for equipment; the NGOs capital stock is only P68,000; and that its net losses and net savings in 2006-2007 reflected the amounts of P750 and P5,840, respectively.

In refutation, Ipong denied the charges, claiming that “the amount was coursed through AFPI based on the national ten-point agenda of the government at that time” and that “he was not in charge of the subject funds but a mere endorser of the livelihood project.”

Citing Supreme Court jurisprudence, Morales emphasized that “under the Congressional Pork Barrel System, it is the legislator that exercises actual control and custody of the PDAF share allocated to him by appropriations statute.”

“Simply put, Ipong had control and accountability over the P5M regular PDAF allocation,” she added.

Section 3(e) of R.A. No. 3019 prohibits public officials from causing any undue injury to any party, or giving any private party any unwarranted benefits, advantage or preference in the discharge of his official administrative or judicial functions through manifest partiality, evident bad faith or gross inexcusable negligence.