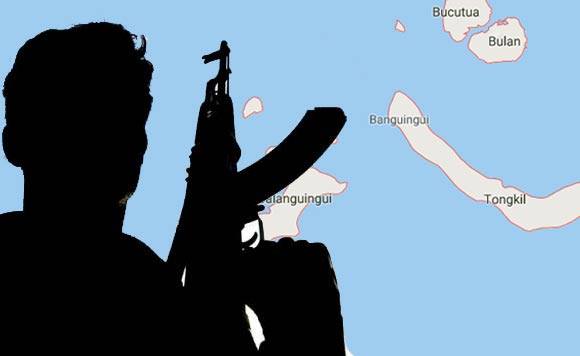 0 145
Share
Want more POLITIKO News? Get the latest newsfeed here. We publish dozens and dozens of politics-only news stories every hour. Click here to get to know more about your politiko - from trivial to crucial. it's our commitment to tell their stories. We follow your favorite POLITIKO like they are rockstars. If you are the politiko, always remember, your side is always our story. Read more. Find out more. Get the latest news here before it spreads on social media. Follow and bookmark this link. https://goo.gl/SvY8Kr

Members of the Joint Task Force (JTF) Sulu and the Philippine National Police seized from an alleged Abu Sayyaf coddler M16A1 rifle, Caliber .45 pistol, magazines, and a motorized bangka of the militants during a joint operation in Barangay Tainga Bakkao, Banguigui Sunday, March 10.

The JTF Sulu said the Abu Sayyaf utilized the motorized bangka to flee from several armed engagements in mainland Sulu.

The information came from a civilian in the area.

Brigadier General Divino Rey Pabayo Jr., JTF Sulu commander, said the recent involvement of the populace in its campaign is a clear indication that terrorists are losing the support of the public.

“With the active support of the Tausug communities, I am confident that the problem with the Abu Sayyaf will soon be over,” he added.

Michael Pacquiao is brewing up a brand new track