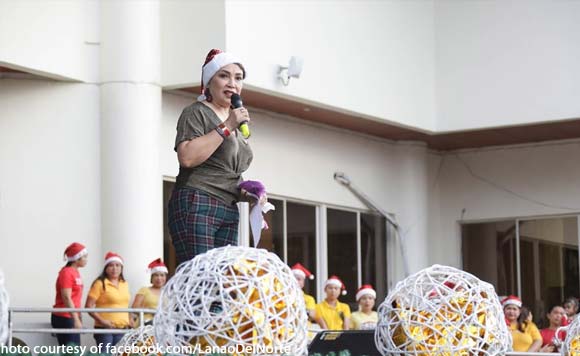 0 113
Share
Want more POLITIKO News? Get the latest newsfeed here. We publish dozens and dozens of politics-only news stories every hour. Click here to get to know more about your politiko - from trivial to crucial. it's our commitment to tell their stories. We follow your favorite POLITIKO like they are rockstars. If you are the politiko, always remember, your side is always our story. Read more. Find out more. Get the latest news here before it spreads on social media. Follow and bookmark this link. https://goo.gl/SvY8Kr

The Poltiko led the annual spectacle in the province.

Also present during the event were 2nd District Representative, Congressman Abdullah ‘Bobby’ Dimakuta Dimaporo, Vice-Governor Maria Cristina N. Atay, and the Honorable Members of the Sangguniang Panlalawigan as well as officers of the PNP and AFP.

Posted by Province of Lanao del Norte on Friday, 6 December 2019