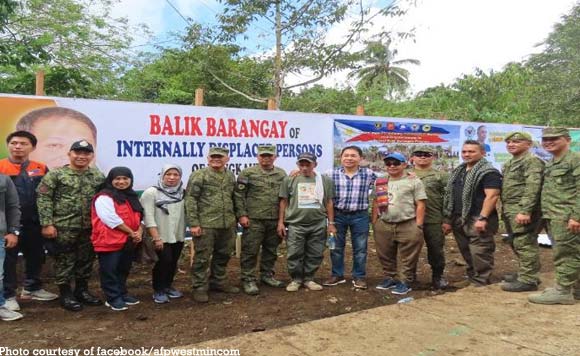 Sulu Governor Abdusakur Tan and other local leaders have expressed their support on the military’s effort to bring peace in the province by ending the threat of the Abu Sayyaf Group.

Tan joined the military and local officials of Patikul municipality during the signing of the pledge of support in the peace efforts held in Barangay Bungkaong Tuesday, February 18.

“Let us work hand-in-hand with the military, police, local government, and other stakeholders for peace to prosper within our land,” said Tan as quoted by the military’s Western Mindanao Command (Westmincom).

Major General Corleto Vinluan Jr., commander of the Joint Task Force Sulu, vowed that the military would take all necessary actions to further the government’s objective of attaining peace in Sulu.

“Let ourselves and our children enjoy the moment later in our lives not to worry about terrorism and instead focus on the development of Sulu,” he said.