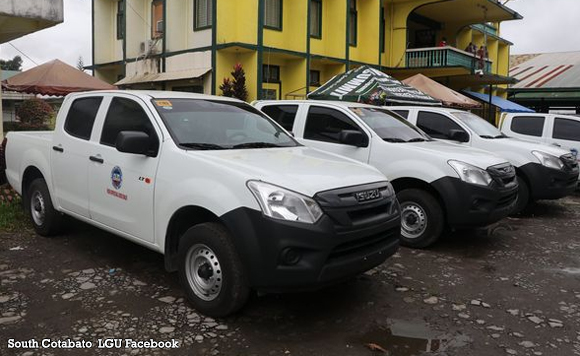 The provincial government has already awarded 54 brand new Isuzu pickup to all barangays in the first congressional district composed of Tampakan, Tupi, and Polomolok.

He said the issued vehicles can be used as ambulance, in rescue and relief operations, disaster operations, and other emergency situations.

Rigo Duterte is the sweetest tatay in the world