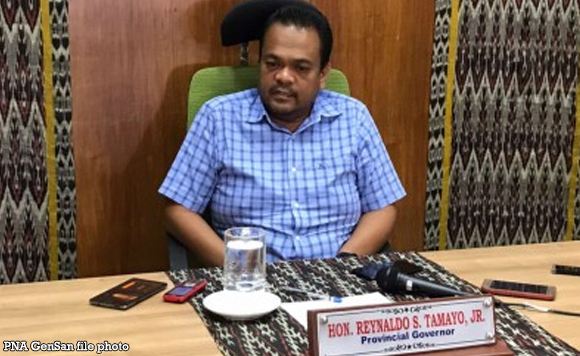 GENERAL SANTOS CITY – The entire South Cotabato province will remain under total lockdown for 10 more days due to the increasing number of confirmed cases of the deadly coronavirus disease 2019 (Covid-19) in the country.

Tamayo issued the order hours before the expiration on Friday midnight of the province’s initial 14-day lockdown, which started last March 21.

He said he decided to extend the lockdown based on recommendations of the Integrated Provincial Health Office (IPHO) and the South Cotabato Medical Society.

Upon “thorough evaluation”, he said it was “not yet the right time” to lift the total lockdown and the implementation of enhanced quarantine measures due to the recent surge in Covid-19-positive cases in parts of the country, including Region 12 or Soccsksargen.

At least seven confirmed cases were recorded in Soccsksargen as of Thursday: four in Cotabato City, two in Sultan Kudarat, and one in South Cotabato.

“We need to further strengthen our control measures to effectively contain and stop the spread of the virus. It has been spreading fast because of human-to-human transmission and we are trying to limit that with the lockdown,” Tamayo said in a press conference in Koronadal City.

In his EO, he said all measures set in his previous directives would remain in effect, especially the implementation of the 7 p.m. to 5 a.m. curfew and the prohibition on all non-essential movements or travels within and outside the province.

Tamayo said non-residents of the province will not be allowed entry while returning residents, including doctors practicing in nearby areas, will only get passage if they agree to undergo a mandatory 14-day home quarantine.

“The transport or movement of essential goods will continue but the cargo and delivery trucks should only have one driver and one accompanying helper,” he said, adding that the movement of medical personnel, emergency and rescue volunteers and staff, civil servants, media workers, and persons seeking medical attention will be allowed.

Tamayo noted that the operation of all types of public transportation will remain suspended and shopping malls, as well as related establishments, have been encouraged to only open their supermarkets, pharmacies, and outlets selling essential commodities.

He said all mass gatherings, including religious activities, as well as private and government functions, and all forms of recreational activities and gaming are suspended.

Tamayo explained that the extended lockdown would give local health personnel enough time to address the confirmed Covid-19 case in Tboli town, the province’s first, and another in Lutayan town, Sultan Kudarat.

Although a part of Sultan Kudarat, Lutayan is close to South Cotabato and its main entry point is through Koronadal City.

Ebeo said they already traced and subjected to mandatory quarantine all persons who had contact with the patient, especially his family and co-passengers of local public utility vehicles he took upon his return home from Manila via Cagayan de Oro City last March 16.

She said they have also monitored airline passengers from the province who were on the same return flight from Manila last March 15 and possibly had contact with the 21-year-old female patient from Lutayan.