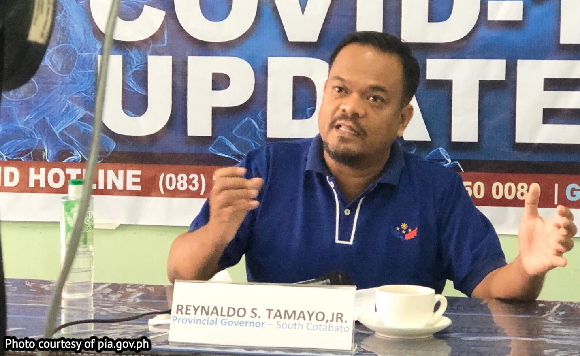 The provincial government of South Cotabato has allotted around PHP30 million for the implementation this year of its subsidy program for palay (unhusked rice) in the wake of the continuing unstable commercial buying rates in the area.

South Cotabato Governor Reynaldo Tamayo Jr. said Monday they doubled the subsidy to buy more palay and expand its coverage in other rice-producing areas in the province’s 10 towns and lone city.

Dubbed Palay Support Program, he said they approved an additional PHP15 million under the 2021 budget to augment its rolling fund of nearly PHP15.2 million.

“This is to ensure that the program will be sustained and accommodate more farmers,” he said in a report.

The local government initially released some PHP10 million in 2019 to buy wet or fresh palay directly from local farmers at a subsidized price of PHP19 per kilo, which is higher by PHP4 to PHP7 than the prevailing commercial buying prices.

The governor said they are continually making the necessary adjustments to enhance the program’s implementation, which is spearheaded by the Office of the Provincial Agriculturist (OPAG).

He cited the buying process, milling of the purchased palay, their sale to concerned local government agencies as well as the liquidation and transfer of the income into a trust fund.

OPAG has tapped the Binhi-an ng Timog Kutabato Multi-Purpose Cooperative to consolidate the palay harvests that are covered by the subsidy scheme.

The program prioritizes farmers with a palay production area of at least one hectare.

From April to October last year, Tamayo said the provincial government purchased some 734.3 metric tons of palay worth PHP15.14 million, benefiting a total of 138 farmers.

He said the milled rice were delivered to the provincial jail and local government-supported hospitals, and utilized in the rollout of the food-for-work program under the Provincial Social Welfare and Development Office.

“We will sustain this scheme and the income will be utilized to buy more palay. That way, more farmers will benefit from it and our trust fund will increase,” Tamayo said. (PNA)