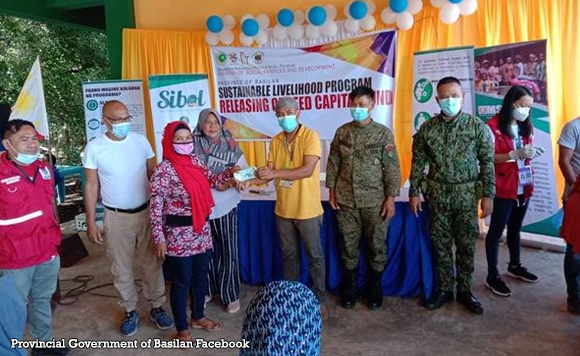 Basilan Governor Jim Hataman Salliman has approved the immediate release of P17.205-million “Livelihood Assistance Grant (LAG)” to poorest families affected by the crisis in the province.

Provincial Social Welfare Development Officer (PSWDO) Anwary Akalun assisted Akbar Mayor Alih Sali and handed over the P15,000 cash to each of the 55 family beneficiaries who are part of the government’s Pantawid Pamilyang Pilipino Program or 4Ps.

The cash aid will serve as a seed capital for new alternative income-generating activities or certain micro-enterprise ventures, the provincial government said.

Under the strict supervision of the Provincial Governor’s Office, the PSWDO has also coordinated with other municipalities and city to schedule the immediate fund release in their respective area, it said.

“The fund is downloaded by the Ministry Social Services and Development BARMM in our trust fund account as part of recovery initiatives in parallel with DSWD assistance Programs,” the local government added.