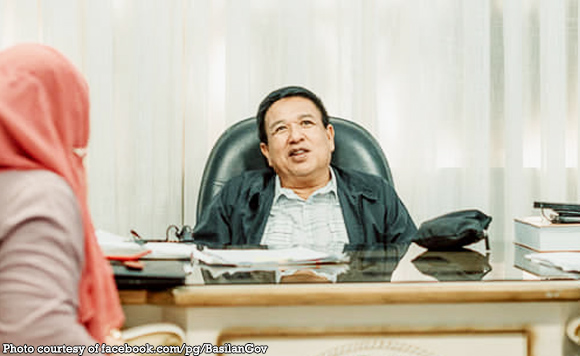 Basilan Governor Jim Hataman Salliman has decided to cancel some of the events for the 10-day celebration of the 2020 Tennum Pakaradjaan.

The local chief executive said the move aims to “protect” the Basileños from possible entry and spread of deadly novel coronavirus in the province.

“Keeping in mind the safety and well-being of the Basileños, the provincial Government of Basilan, after thorough deliberation of the crisis at hand and with the Department Heads, Office of the Vice Governor and the Office of the Sangguniang Panlalawigan, deems it proper to cancel some of the 10-day celebratory activties of the 2020 Tennum Pakaradjaan,” Salliman said.

He said the selective cancelation of activities on February 27 to March 7 that involve mass gatherings is the local government’s way of protecting the residents from possible entry and proliferation of nCoV in the province.

The governor urged the people to cooperate with the aithorities in protecting themselves from the virus.

He also asked the netizens to refrain from issuing fake news that would cause panic among the people.