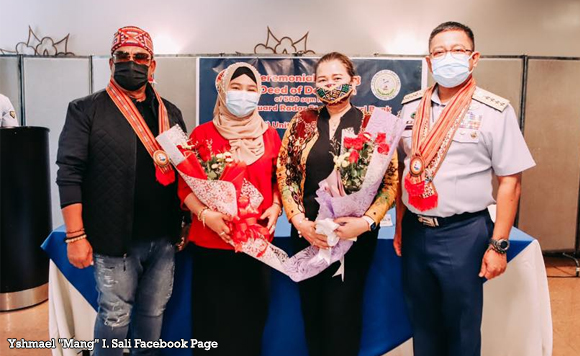 Tawi-Tawi Governor Yshmael “Mang” I. Sali, along with his wife Jumda A. Sali, has donated a lot to the Philippine Coast Guard (PCG) for the establishment of a coastal radar station in the southernmost of the Philippines.

Admiral George V. Ursabia Jr., commandant of the Philippine Coast Guard, received the deed of donation on behalf of the Department of Transportation during the ceremonial signing of the deed in Zamboanga City.

The radar station in Pearl Bank is one of the five stations in Tawi-Tawi that will help in strengthening PCG presence in the porous border in the southern Philippines closest to Indonesia and Malaysia, the provincial government said.

The other four stations are in the municipalities of Mapun, Turtle Islands, Sibutu, and Bongao.

The establishment of the radar stations in Tawi-Tawi is part of the first phase of the Coastal Radar Stations Project stipulated in the Philippine Maritime Strategy 2020-2021.