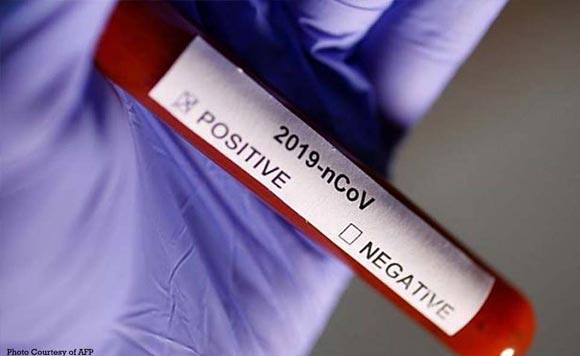 One of the five seafarers who arrived at Ozamiz City port Tuesday night tested positive for the 2019 coronavirus disease (Covid-19), an official said Wednesday.

The five seafarers on board the St. Michael the Archangel of 2GO Shipping were coming from Manila with more than 300 other seafarers repatriated from other countries following the Covid-19 pandemic.

They were tested at the pier station using a rapid test kit provided by the provincial government of Misamis Occidental.

The one who tested positive was brought by the local government unit to an isolation area.

Misamis Occidental Governor Philip Tan, on a Facebook post, said the male seafarer will still have to undergo a swab test “as recommended by our doctors to confirm the result of the rapid test”.

“He is now in one of our holding centers alone in one room but he is okay. We hope in the swab test, it will be negative,” Tan said.

On Monday, the provincial government received backlash from residents over a Facebook post announcing that the seafarers would not be allowed to disembark because their arrival did not have proper coordination.

“We were also not informed of their arrival and if we did not ask to confirm it, we would not know,” Tan said on Facebook post on April 27.

Residents tagged the move as “discrimination.”

Tan changed his mind on Tuesday afternoon, saying the provincial government has decided to allow the seafarers to disembark after proper health protocols.

He said the decision was made upon consultation with the provincial health office and other local government officials, as well as the management of the General Medical Center (MHARSG MC), the Department of Health-accredited hospital in the province for Covid-19 cases.

“We will send a medical officer who will conduct a health check and rapid test to all five passengers, check their documents and after clearance, we will send them directly to their LGU (local government) holding facilities,” Tan said. (PNA)

Get to know Pulong’s daughter Sab with her Tiktok video