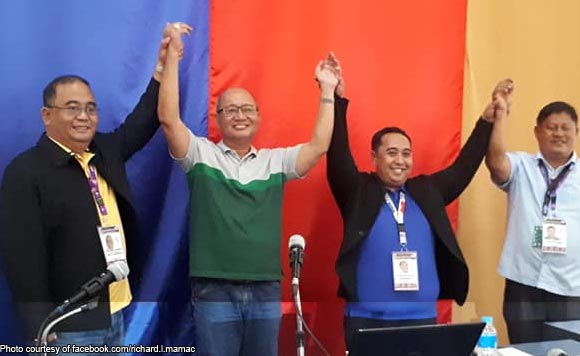 Governor Wilter Yap Palma has expressed gratitude to the electorate of this province for the trust and opportunity given to him to serve his third term of office.

This, as the Provincial Board of Canvassers (PBC) on Wednesday proclaimed Palma as winner in the gubernatorial race in this province.

Sharky, who was reelected on his second term of office, garnered 61,302 votes while his opponent, Apple Yambao, got 48,744 votes.

Also proclaimed were members of the five-seat provincial board in the first district of the province.

On Tuesday, Dulce Ann Hofer was proclaimed as congresswoman in the second district, who will serve on her third term of office, and members of the five-seat provincial board in the same district of Zamboanga Zibugay.

The members of the PBC are Provincial Election Supervisor John Paul Cubera, Provincial Prosecutor Jeric Kagaoan, and Edwin Cardenas from the Commission on Audit. (PNA)