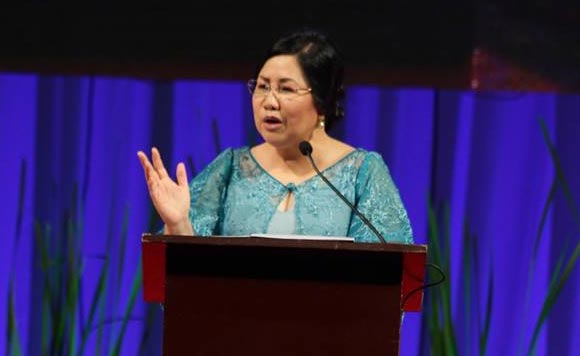 0 294
Share
Want more POLITIKO News? Get the latest newsfeed here. We publish dozens and dozens of politics-only news stories every hour. Click here to get to know more about your politiko - from trivial to crucial. it's our commitment to tell their stories. We follow your favorite POLITIKO like they are rockstars. If you are the politiko, always remember, your side is always our story. Read more. Find out more. Get the latest news here before it spreads on social media. Follow and bookmark this link. https://goo.gl/SvY8Kr

The provincial government of South Cotabato is planning to secure a P290 million bank loan this year to fund the implementation of two major infrastructure projects.

He said the loan would finance the construction of a new provincial cspitol building and complete the development of the South Cotabato Productivity and Technology or Protech Center.

Some P185.5 million was allotted for the capitol building and P103.9 million for the Protech Center, he said

“If the loan will be approved this year, the construction works will likely start by 2019,” he said in a radio interview.

The vice governor said they planned to build a new capitol building to replace the decades-old structures hosting various officesto further improve the operations and delivery of various services of the local government.

For the Protech Center, de Jesus said they want to develop the facility, which is located beside the provincial capitol compound in Koronadal City, into a more viable economic enterprise.

Citing the proposed development plan, he said a new building will be constructed at the facility for additional office and commercial spaces.

“The spaces will be rented out to prospective businesses to generate income for the provincial government,” he said.

Since the building would be constructed beside a major road, De Jesus said the commercial spaces would attract major businesses like food chains.

The official said the completion of the Protech Center was part of the strategies identified in the local government’s revenue generation plan, which aims to raise more income from economic enterprises and other local sources.

He said his government also wanted to become less dependent on its Internal Revenue Allotment or IRA share from the national government.

“We need to have more income-generating facilities and not rely on local taxes alone for our income,” he said.

De Jesus said the provincial government also needs to prepare for the possible reduction of its income, especially in terms of real property tax, with the possible conversion of Polomolok town into a city in the next two years.

The town’s cityhood bill is presently pending before the House of Representatives.(PNA)