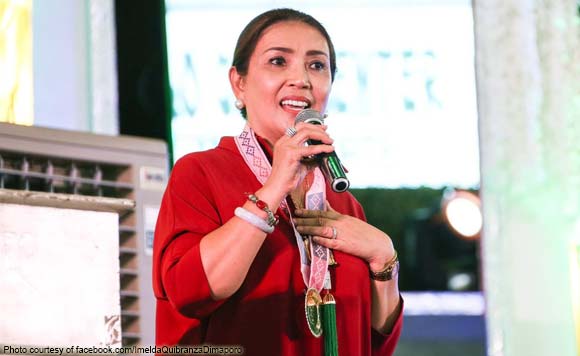 Lanao del Norte Governor Imelda “Angging” Quibranza-Dimaporo reiterated Thursday her call to her constituents to reject the inclusion of the province’s six municipalities in the Bangsamoro Automomous Region in Muslim Mindanao (BARMM).

The local chief executive asked all the residents to remain vigilant in protecting Lanao del Norte, and reminded them that in the upcoming Bangsamoro Organic Law (BOL) plebiscite on January 21, 2019 to vote “No” for the inclusion and division of the six municipalities.

“The future of our beloved Province of Lanao del Norte and the future of our children deeply rely on your vote,” she said during the “Pamaskong Handog Gikan sa Capitolyo.”

She noted that Lanao del Norte under Region 10 steadily recorded economic growth due to its various programs primarily in sustaining peace and order.

The six towns in Lanao del Norte pushing for the inclusion in the BARMM that will replace ARMM are Tagoloan, Balo-i, Pantar, Munai, Tangcal, and Nunungan.