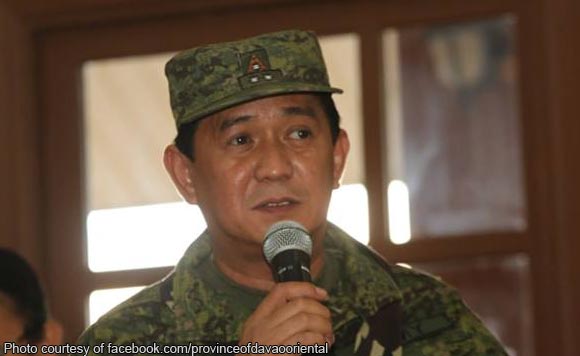 The provincial government will implement major infrastructure projects this year to boost the province’s economy, Governor Nelson Dayanghirang said, even as he underscored the importance of unity and cooperation for genuine development.

Dayanghirang delivered his state of the province address on July 1 – in time for the province’s celebration of its 51st founding anniversary – and laid down this year’s infrastructure projects that he said would boost the province’s economy.

Dayanghirang added tht he was looking forward to the incoming locators in the province’s $27-billion Davao Oriental Industrial Park in Banaybanay town. He said the industrial park, which was launched earlier this year, is set to create 10,000 jobs.

In his governance, Dayanghirang said his administration has sought to foster greater inclusiveness and maximum participation in growth and development by all stakeholders, rather than the provincial government doing everything alone and by itself.

The governor also highlighted the province’s development in recent years.

“The province of Davao Oriental has travelled through a significant journey over the past few years. Taking off from the concrete foundations of effective governance already laid by the previous administration, the present leadership has set its sights on delivering the promise of a more progressive government by advancing a slate of sustainable development programs to improve the lives of the people of Davao Oriental,” he said.

Dayanghirang reported that the province has already constructed a total of 50.24 kilometers road, with bridge component, funded under the PAMANA program of the Office of the Presidential Adviser on the Peace Process (OPAPP), the Bottoms-Up Budgeting of the Department of Agriculture, Philippine Rural Development Project (PRDP) of the DA and the Kalsada program of the Department of the Interior and Local Government (DILG).

The province’s tourism industry is also making headway. He reported that the province set new records for a total number of visitors, posting 187 percent growth rate from 2011 to 2017.