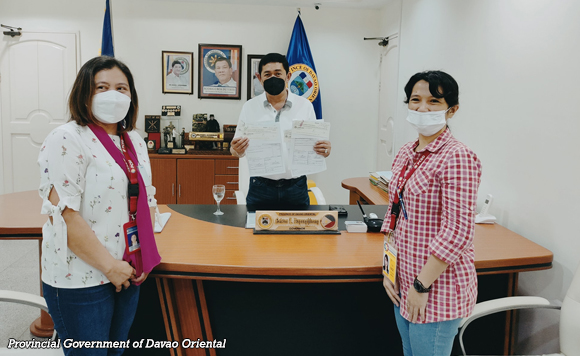 The provincial government said the amount represents a percentage of the total revenues of PCSO operations in the province for four months.

“This share is set to be utilized by the local government for its various development projects,” it said.

The PCSO, through a national mandate, regularly sets aside shares to the local government units (LGUs), which serves as the agency’s contribution to their development.

Since January 2021, the PCSO has already turned over around P774,000 to Davao Oriental.