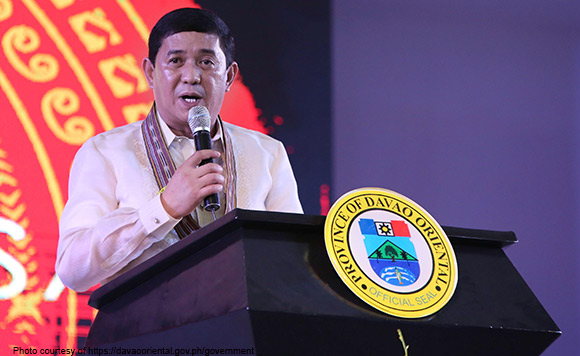 Davao Oriental Governor Nelson L. Dayanghirang has ordered the mandatory mapping of all unvaccinated individuals in barangays, schools and other entities in the province.

The directive was made in relation to Executive Order No. 30, series of 2021, advancing the vaccination efforts towards attaining herd immunity in the province and providing incentives to vaccinees, which he issued on Wednesday, November 24.

Dayanghirang noted that as of November 22, Davao Oriental has received a total of 95,097 vials or a total of 234,094 doses of vaccine allocation from the National Vaccines Operation Center.

However, despite the province-wide campaign and providing incentives and other demand generation activities, 49 percent of the entire provincial population have remained unvaccinated.

With this, the governor said, “All barangays shall map all unvaccinated individuals in their respective jurisdiction.”

He said the punong barangays shall ensure that all eligible individuals who are not vaccinated shall be “rounded up and listed” so that proper health education and promotion vaccination must be carried out in the barangay level.

“To do this, punong barangays may employ assistance of barangay health station midwives, barangay health workers, contact tracers and other human resources for health assigned by the Department of Health,” Dayanghirang said.

All schools in the province with students under the pediatric population shall also map their unvaccinated students.

The governor also said that vaccination data in the province showed low coverage for indigent and senior citizens groups.

“Hence, all government workers are encouraged to mobilize existing social/indigent programs to be an avenue for their immunization,” he said. #