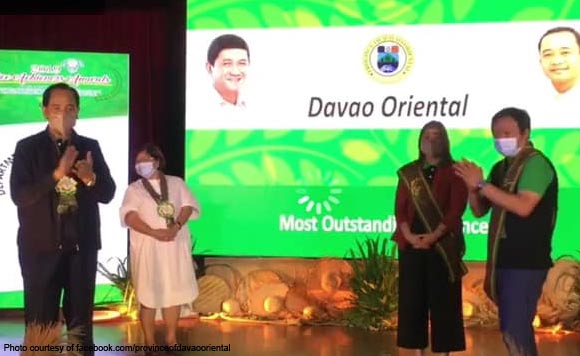 Davao Oriental Governor Nelson Dayanghirang has commended the farmers after the province was adjudged as one of the country’s top rice producers for 2019.

Agriculture Secretary William Dar conferred the award in a ceremony held via a live teleconference at the Department of Agriculture Bureau of Soils and Water Management Office in Quezon City Friday, November 27.

“Despite the COVID-19 pandemic, the provincial government vows to remain steadfast in helping our farmers whom we all depend on to produce food for our people,” Dayanghirang said.

He noted that the provincial government has provided a subsidy to farmers in terms of planting and provision of fertilizers and pesticides, among others.

Provincial Agriculture Office Department Head Rotchie Ravelo said that this is the fourth year the province has been hailed as a national awardee. Davao Oriental received the same recognition in 2014, 2015, and 2018.