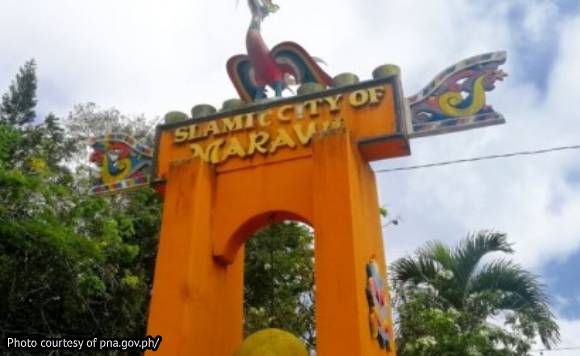 ILIGAN CITY – Lanao del Sur province has extended the implementation of the enhanced community quarantine (ECQ) to April 30 as a precaution to prevent the spread of the 2019 coronavirus disease (Covid-19).

“We (province) should be vigilant and really check on our areas. Even if the reported cases in the province is flattening, we should prevent the possibility of a ‘second wave’ of the pandemic,” Adiong said in Filipino.

He said if ever a ‘second wave’ of the pandemic happens like in Japan, the medical resources of the province will not be able to hold out and accommodate too many patients and persons under observation.

“Our health facilities in the province are not complete. We lack facilities,” Adiong said. “If the pandemic worsens, we will not be able to make it.”

He added that they also lack personal protective equipment (PPE) and enough doctors, nurses, and other healthcare professionals. The province also has no capability to conduct Covid-19 mass testing.

“We need enough time to prepare for the pandemic further,” Minalang said.

Adiong said this is also based on the recommendation of the Inter-agency Task Force for the Management of Emerging Infectious Diseases (IATF-EID).

He added that many do not want the extension because the observance of Ramadan is near, but an extension was needed to prevent the number of PUIs from rising again.

Congregating in masjids is still not allowed in the province as part of the physical distancing policies to prevent the spread of the virus.

“Most Covid cases are from Manila and Davao Region… This is a big threat to our province. If we open the province and Marawi City, many may come in who have the virus with them,” Minalang said.

Some of the measures already taken by the province against the spread of the virus include the allocation of 14 hospital rooms in APMC in Marawi City, in order to confine confirmed Covid patients, should there be a case found again.

Forty-six newly-constructed units in the Provincial Employees Village in Baragay Emi-Punod, Marawi City were also converted into temporary pateint care centers for PUIs, which will be operated by the Lanao del Sur IPHO and APMC under the supervision of the provincial government.

The units already have water and electricity and were installed with fences.

The equipment, facilities, and furnishing were from the provincial health office, and the Makati Medical Foundation; while the water tank was from Pepsi Cola Company and the Philippine Disaster Resilience Foundation (PDRF), according to the province’s official Facebook page.

The province will also distribute seed and farm materials to about 500 farmers and backyard gardeners on Monday “to ensure access to quality and nutritious food in Lanao del Sur in the midst of coronavirus.”

Adiong also said that they have released fish fingerlings to Lake Lanao to further ensure food security in the province during the pandemic.

“We (province) will do all that it can to provide aid to our residents using the province’s own efforts,” Adiong said.

Adiong said the barangay local government units (BLGUs) and mayors in the province have been given authority to use their internal revenue allotment (IRA) for their villages to purchase relief goods.

He added that the province has already distributed food packs to about 20 out of 39 municipalities and one city in Lanao del Sur.

Four municipalities are being served every day.

Adiong added that the national government will be giving a cash aid equivalent to the IRA of a city or municipality in a month for the costs of relief distribution during the quarantine.

“The mayors will no longer have any reason not to help their citizens and do their responsibilities,” he said.

Cards for the social amelioration program by the Department of Social Welfare and Development (DSWD) will also be distributed next week.

Adiong said barangay chairpersons should be the ones handling the distribution of the funds, but the DSWD and the municipal governments will also be involved to ensure that the relief is distributed. (PNA)