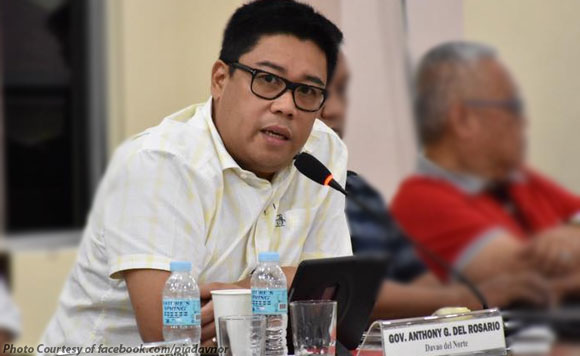 0 429
Share
Want more POLITIKO News? Get the latest newsfeed here. We publish dozens and dozens of politics-only news stories every hour. Click here to get to know more about your politiko - from trivial to crucial. it's our commitment to tell their stories. We follow your favorite POLITIKO like they are rockstars. If you are the politiko, always remember, your side is always our story. Read more. Find out more. Get the latest news here before it spreads on social media. Follow and bookmark this link. https://goo.gl/SvY8Kr

The politiko’s appointment was officially signed by the President last February 21. His term will end in 2019.

“We will push for a bigger budget. It is important for us to really ensure that all our priority projects in the region are adequately funded,” Del Rosario said in Philippine News Agency report March 7.

He also expressed his gratefulness for the confidence given to him by the President, as he vowed to make Davao Region a major force in nation building.

Del Rosario’s leadership will also put greater emphasis on attaining sustainable development that will bring about a more empowered and resilient people in the Davao Region.

The politiko is setting his sight on the priority projects that are aligned with the socio-economic agenda of the Duterte administration, particularly the strengthening of connectivity in the region.
Among the big-ticket infrastructure projects in the Regional Development Plan that del Rosario will focus on are the urban mass transport for Metro Davao, Panabo City, Tagum City, Digos City and the town of Sta. Cruz in Davao Del Sur; the Bypass Road Project from Toril, Davao City to Tagum City; the Davao-Samal Bridge; the Davao City Coastal Road Project and the food terminal in Toril.

He also expressed optimism on the construction of the Mindanao Railway System (MRS), saying he will ask for the implementation of the first phase of the project in the Davao Region.

“We are hopeful that these projects will be funded within the term of President Duterte,” the Davao Del Norte governor said.