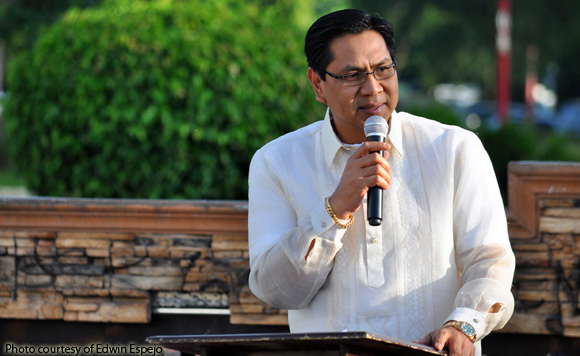 The city government condemned on Monday the twin bomb attacks in Isulan town in Sultan Kudarat that already killed five people and injured more than 40 others.

City Mayor Ronnel Rivera called the “ruthless” attacks “reprehensible beyond compare” and urged authorities to use the full force of the law to arrest the perpetrators and bring justice to all the victims.

“Our beloved Philippines is hurting and we are in the moment of grief. We must all end the skirmish and turmoil for God’s sake. Let us all unite as a nation. Let love and respect reign in our land,” he said in a statement.

He appealed to all sectors to continue “praying for the healing of our wounded land. Let us all tear down the walls of indifference that divides us as a nation.”

Two persons were killed while 13 others were wounded after an improvised bomb exploded at around 7:28 p.m. Sunday inside Liezther James Internet Cafe and General Merchandise located on the corners of Valdez and Valencia Streets in Barangay Kalawag 2 in Isulan.

The town was also rocked by another bomb explosion last Aug. 28 that left three persons dead and more than 30 others wounded.

Rasco assured that the regional police has been doing its best to facilitate the immediate identification and arrest of the suspects.

“We have mobilized all our units and resources to ensure the speedy resolution of these incidents,” he said, adding PRO-12 has further tightened security all over the region.

Supiter said they have enlisted the assistance of local organizations and other concerned citizens to assist in securing festival venues, public areas, and local communities.

“We really need the help of all our stakeholders. We need everyone to get involved in securing our communities,” the police official added.

Supiter said additional police personnel and force multipliers have been deployed in various strategic areas, tightened their watch on the city’s entry and exit points, and established additional checkpoints along with the Army-led Joint Task Force Gensan. (PNA)