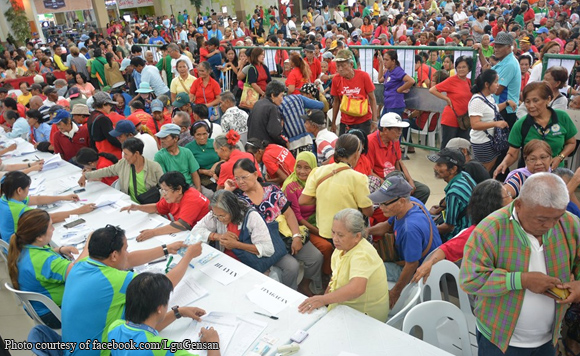 Over 2,500 senior citizens from 25 barangays received the pension worth P3,000 each Wednesday, September 11, at Robinsons Mall Gensan.

The fund came from both the Department of Social Welfare and Development (DSWD) and local government unit of Gensan.

As indicated in the Expanded Senior Citizens Act of 2010 or RA 9994, Social Pension Program for Indigent Senior Citizens (SPISC) is the additional government assistance to augment the daily subsistence and other medical needs of indigent senior citizens.

The Senior Citizens Act aims to improve the condition of indigent senior citizens, reduce incidence of hunger, and protect them from neglect, abuse, and deprivation.