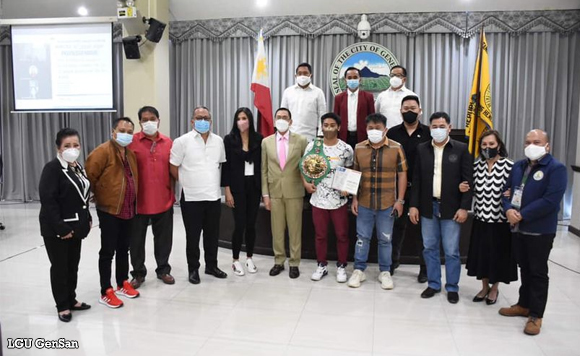 General Santos Sangguniang Panlungsod has conferred an award to Reymart Gaballo, who recently won in a boxing match in the United States.

City Councilor John Salvador Demdam, in the privilege hour during the 67th Regular Session, said Gaballo just replaced former champion Nonito Donaire in the fight after the latter became positive for Covid-19, a week before the scheduled match.

“With his sense of urgency, through his toughness and aggressiveness, he earned the nod of the judges in a close fight and bought out a victory via split decision, and remains still undefeated with 24 wins, with 20 of his victories were way of knockout. For adding another honor to our city and our country, this promising boxer deserves to be accorded with commendation from this august body,” he said.