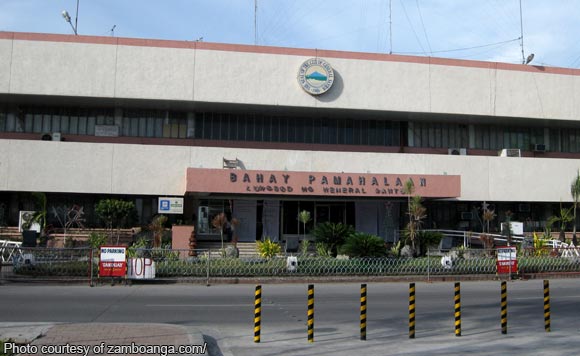 0 475
Share
Want more POLITIKO News? Get the latest newsfeed here. We publish dozens and dozens of politics-only news stories every hour. Click here to get to know more about your politiko - from trivial to crucial. it's our commitment to tell their stories. We follow your favorite POLITIKO like they are rockstars. If you are the politiko, always remember, your side is always our story. Read more. Find out more. Get the latest news here before it spreads on social media. Follow and bookmark this link. https://goo.gl/SvY8Kr

The Sangguniang Panlungsod has passed a resolution Tuesday, November 5, against Navarro after she insinuated on social media that the series of earthquakes in Mindanao were a form of “retribution.”

“Whereas, Leah Navarro, a celebrity being a popular singer some decades ago, now has-been, in her comment to Atty. Theodore Te’s latest tweet in social media, ‘What’s with all the earthquakes in Mindanao?’, replied ‘Retribution?’,” cited in the resolution authored by City Councilor Franklin M. Gacal Jr.

Gacal said that Navarro’s “callous reaction” to the tragedy that struck parts of Mindanao was “motivated by her irrational politically-motivated anger.”

Navarro is a known supporter of the opposition Liberal Party.

With Navarro’s comment on social media, Gacal said that Navarro was declared persona non-grata in the city “for her un-Filipino, un-Christian, and holier-than-thou remark to the victims of earthquake in Mindanao.”

“That no permit shall be given to any person where Leah Navarro is featured as a performer in any show, whatsoever, in the City of General Santos,” the resolution read.

Te, on his Twitter on November 2, said he already deleted a tweet and his reply-explanation to such tweet which, “though unintended, have caused offense, pain, and hurt to family and friends in Mindanao where I am from, proud to be from, and which I love.”

He said that while his tweet was “rhetorical, non-political, and personal, it invited hurtful replies from others whose tweets I cannot and do not control.”

He apologized for giving those people that platform.

“To family and friends from Mindanao, please be assured of my prayers for your safety,” the former Supreme Court spokesman added.