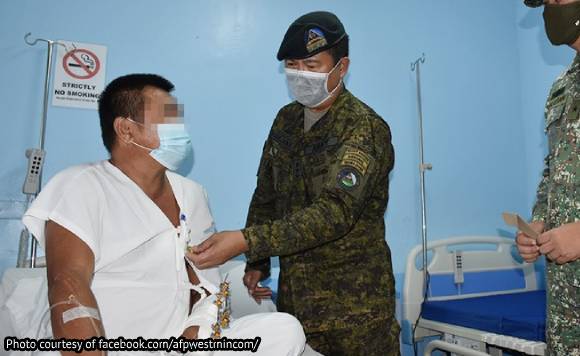 ZAMBOANGA CITY — The Western Mindanao Command (Westmincom) has awarded medals and provided cash incentives to five soldiers for gallantry in action against the Abu Sayyaf Group (ASG) bandits in Sulu.

They belong to the Army’s 45th Infantry Battalion who clashed against ASG bandits Wednesday in Barangay Latih, Patikul, Sulu. The clash, which lasted for about 34 minutes, resulted in the death of six Abu Sayyaf bandits while eight soldiers were injured.

The fifth recipient of the wounded personnel medal is Corporal Edgardo Rebotaso of the 15th Scout Ranger Company, 5th Scout Ranger Battalion. He was wounded during a clash with more or less 40 ASG bandits on February 23, 2020 in Barangay Bakong, Patikul.

Rebotaso was one of the two soldiers who were injured during the clash that resulted in the death of two ASG bandits, including a mid-level leader.

Sobejana commended the awardees for their “exemplary performance as defenders of peace”.
(PNA)