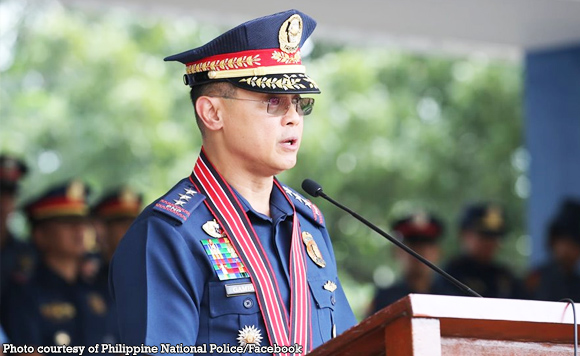 0 94
Share
Want more POLITIKO News? Get the latest newsfeed here. We publish dozens and dozens of politics-only news stories every hour. Click here to get to know more about your politiko - from trivial to crucial. it's our commitment to tell their stories. We follow your favorite POLITIKO like they are rockstars. If you are the politiko, always remember, your side is always our story. Read more. Find out more. Get the latest news here before it spreads on social media. Follow and bookmark this link. https://goo.gl/SvY8Kr

Philippine National Police General Archie Francisco Gamboa has ordered a “regional-wide hot pursuit operation” against the remnants of an armed group involved in a recent encounter with policemen in Misamis Oriental that killed a police officer and wounded another.

He said Gamboa also assured that the PNP will give all the legal benefits entitled to Caayupan’s dependents.

Police Chief Master Sergeant Fernando Maestrado was wounded in the firefight and is now recuperating at Initao Provincial Hospital.

The police report said personnel of Libertad MPS conducted a checkpoint operation in Poblacion until they tried to flag down a white Mitsubishi Mirage boarded by five armed men. Without apparent reason, the armed group instantly fired at the police officers.

In the ensuing firefight, one of the suspects, Jephone Fabriga Tinamisan, 33, of Ozamis City died, while one of his cohorts was arrested in a hot pursuit operation and identified as Richard Son Perez, 31, of Cebu City.