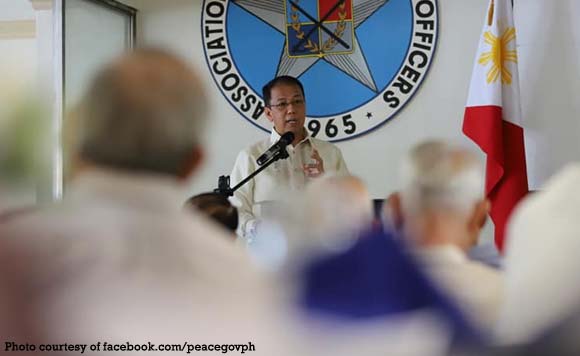 “Peace education will really play an important role in our administration’s program to remove the concept of the ISIS caliphate in the minds of our brothers and sisters,” Galvez said during a peace dialogue Wednesday, October 23, with the students of the San Beda University-Manila.

He was specifically referring to a Mindanao-based terrorist organization which pledged allegiance to the ISIS group in the Middle East, and was responsible for carrying out the Marawi siege.

Galvez also said that peace education will help sustain the gains of the peace processes in the country, and provide the youth and future leaders the necessary tools to address situations of conflict and social divides through non-violent approaches.

He said this is the same concept the Office of the Presidential Adviser on the Peace Process is utilizing to prevent indigenous peoples (IPs) and the youth from being victimized by communist insurgents.

Galvez cited the case of Salugpungan schools in Mindanao that were permanently shut down by the government because they were being used by the communist group as a venue to indoctrinate the IPs.

This is the reason, he explained, why the government is helping to capacitate local leaders and residents so that they themselves can ensure the safety and security of their communities.

IG on fire! Kitty Duterte models for a clothing brand