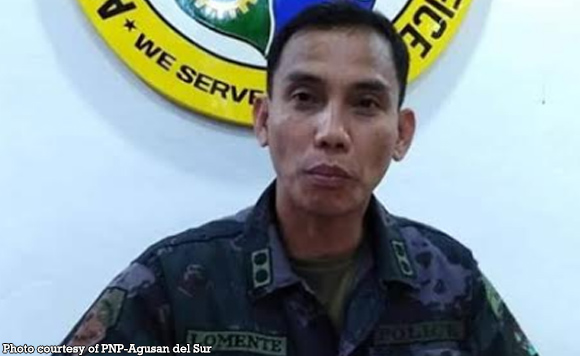 0 421
Share
Want more POLITIKO News? Get the latest newsfeed here. We publish dozens and dozens of politics-only news stories every hour. Click here to get to know more about your politiko - from trivial to crucial. it's our commitment to tell their stories. We follow your favorite POLITIKO like they are rockstars. If you are the politiko, always remember, your side is always our story. Read more. Find out more. Get the latest news here before it spreads on social media. Follow and bookmark this link. https://goo.gl/SvY8Kr

Police are now looking hunting down one of their colleagues after shooting his commanding officer inside their headquarters in Agusan Del Sur Friday (December 6).

The suspect was identified as Patrolman John Paul J. Gerida, a member of the 2nd Agusan del Sur Provincial Police Mobile Force Company. He shot his superior, Police Lt. Col. Rex Lomente, who remains under observation at a hospital following the incident.

Initial police investigation showed Gerida was allegedly drunk when Lomente summoned him to his office to talk. Gunshots were heard some 15 to 20 minutes later.

Gerida already fled the crime scene when their colleagues at the police station rushed to Lomente’s office.

Lomente was rushed to the Bunawan District Hospital after sustaining a gunshot wound. He has since been transferred to the Southern Philippines Medical Center in Davao City.

Zarzoso described Gerida as “problematic” and “not focused on his work as a policeman.”

BARMM gets P500-M to fund separation pay of ARMM employees