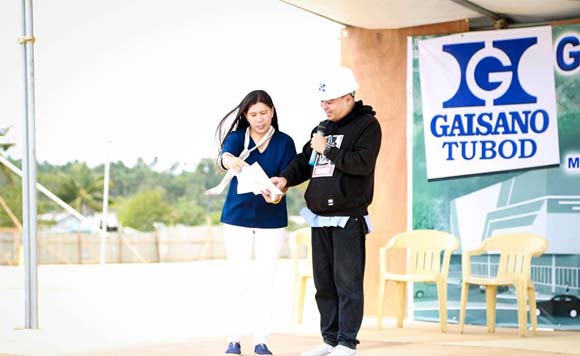 0 434
Share
Want more POLITIKO News? Get the latest newsfeed here. We publish dozens and dozens of politics-only news stories every hour. Click here to get to know more about your politiko - from trivial to crucial. it's our commitment to tell their stories. We follow your favorite POLITIKO like they are rockstars. If you are the politiko, always remember, your side is always our story. Read more. Find out more. Get the latest news here before it spreads on social media. Follow and bookmark this link. https://goo.gl/SvY8Kr

The provincial government of Lanao del Norte has welcomed the groundbreaking ceremony for the establishment of Gaisano mall in Tubod.

Calling the province as the “Land of Beauty and Bounty,” the local government said Lanao del Norte is now one of the “most progressive and developed provinces in the country, to which one of the well-known retail-chains and trusted names in the country has established its presence in the capital town to better serve the people and offer convenience when shopping in just one roof.”

The provincial government said Gaisano management apparently decided to construct its mall in Tubod because of the steady economic growth and sustainable peace and order in the province.

Gaisano Mall and local government officials, such as Sittie Aminah Quibranza Dimaporo, executive assistant to the Office of the Provincial Governor, and Tubod Mayor Leoncio Bagol, led the groundbreaking ceremony on March 1.