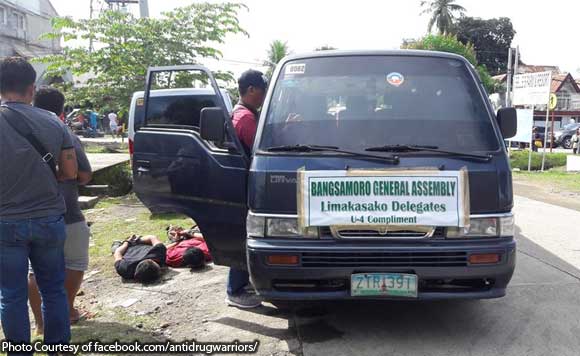 A 22-year-old criminology student linked to a major drug ring was arrested in Maguindanao, betrayed by no less than his own friends and relatives.

“He is one of our big targets and our surveillance was hastened with the help of his friends and relatives and vigilant barangay officials in Cotabato City and in Datu Odin Sinsuat,” PDEA Autonomous Region in Muslim Mindanao director Juvenal Azurin said.

He said Osama was arrested just as he handed over 10 packs of shabu to undercover PDEA agents disguised as drug dependents.

Osama claimed he was only a courier working for a leader of a drug ring operating in Cotabato City and in Maguindanao, but Azurin said they are aware of his drug-peddling activities.