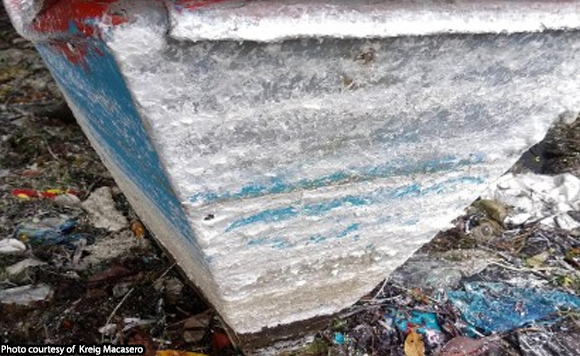 Authorities said Saturday they are investigating the white substance that was discharged by a foreign vessel off the coast of Jasaan town in Misamis Oriental, alarming its residents.

Local officials speculated it was an oil spill, but Emperio said it looked more like a cleansing agent.

“After receiving the report, we went to verify. We found out that it was detergent used to clean the ship’s deck,” Emperio said.

Based on their investigation, Tagarda said they were informed that the vessel’s name was Hugo, reportedly one of the cargo ships that deliver raw materials to a manufacturing company that processes coconut oil as the main ingredient for certain consumer products.

As of Saturday morning, the PCG said the vessel in question has left the area.

Tagarda said the white substance has stuck on mangroves, rocks, and sand along the shoreline and has allegedly affected a milkfish farm in Lower Jasaan.

“Some of the fingerlings have died. I advised the fish cage owners to harvest the matured ones before they die,” he said.

Tagarda also told residents not to gather seashells or catch fish in the affected areas for fear that these could no longer be fit for human consumption.

He added there are four fish cages owned by private individuals, and each cage contains about 16,000 fingerlings, in Lower Jasaan.

Petty Officer 2 Roy Sardoma, of the PCG marine environmental protection unit based in Tagoloan, Misamis Oriental, said based on the initial investigation, the quality of the water sample they took from the affected site was “normal.”

“We still have to confirm if the substance is toxic, although if you look at the water it appears normal,” Sardoma said.

Teodoro Bacolod Jr., regional director of the Bureau of Fisheries and Aquatic Resources in Northern Mindanao (BFAR-10), said he has dispatched a team of technical experts to investigate the substance spill.

Bacolod said the ship’s management could be held liable if the result of the investigation concludes that the discharged substance is toxic or has caused damage to the marine resources in the area.

In a text message, Jasaan Mayor Redentor Jardin said he has instructed the municipal environment and resources office to probe the cause of and expects to receive the findings “within 24 hours.” (PNA)