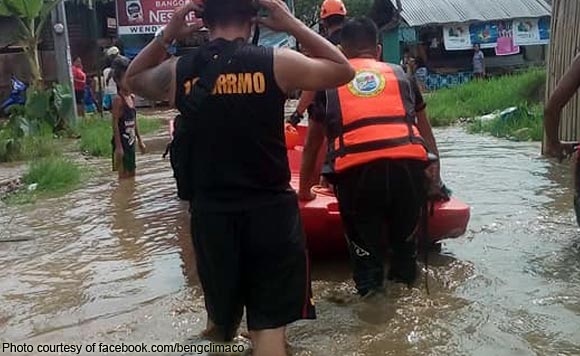 Several houses in Zamboanga City were partially submerged after the river swelled Friday due to incessant rains brought by typhoon “Ompong” and southwest monsoon, the local government said Saturday.

The areas affected by flooding include Patalon, Pasonanca, Tumaga, Tetuan and Tugbungan, it said.

The city government, citing the report of the Zamboanga City Water District, said the water level at the diversionary dam in Pasonanca reached 76.60 meters, critical above the normal level of 74.20 meters by 1:00 p.m. on Friday, September 14.

The City Social Welfare and Development Office (CSWDO) conducted assessment and validation of the affected residents, the local government said.

On the other hand, the City Engineer’s Office was tasked to inspect and determine the city government infrastructures that were destroyed due to rising waters.

Mayor Beng Climaco has directed all agencies concerned to sustain vigilant monitoring and to immediately respond in cases of emergencies.

Residents, particularly those residing in areas susceptible to floods, storm surge and landslides were also advised to take precautionary measures.