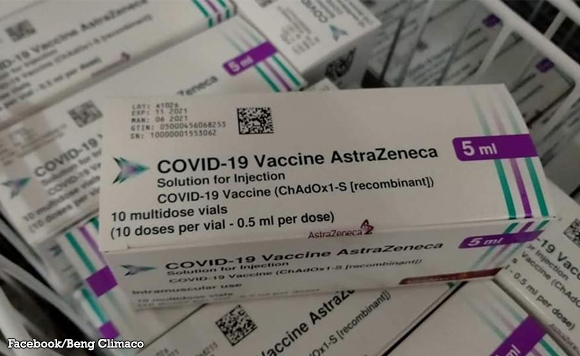 The Zamboanga City government has received the first tranche of AstraZeneca vaccines it purchased through a multilateral agreement signed by Mayor Beng Climaco last January.

According to the City Health Office (CHO), AztraZeneca delivered 1,180 vials or 11,800 doses to be inoculated to about 5,900 individuals.

Climaco signed the agreement with UK’s AstraZeneca for 410,000 doses of vaccines intended for 205,000 residents of Zamboanga City in the amount of 2.050 million USD (100 million pesos).

Zamboanga City was one of the first cities that entered into a multilateral agreement for the purchase of vaccines through the League of Cities.

The procured vaccines will be delivered in tranches, Miravite said.