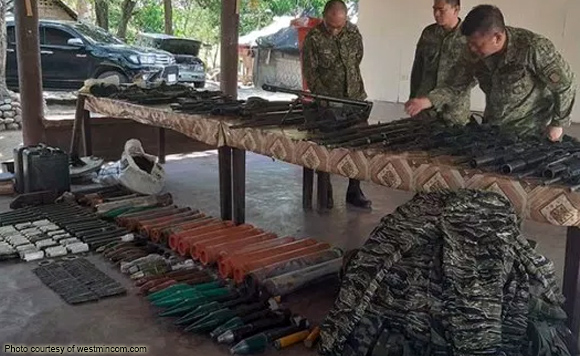 The military has seized assorted firearms and other war materiel allegedly left by the private armed groups (PAGs) in Maguindanao province.

The government troops intervened and conducted clearing operation to bring back normalcy in Barangay Bentan, it said.

“We recovered these war materiel which were hastily left along the route of withdrawal of the private armed groups. Our clearing operations continue to this time,” said Lieutenant Colonel Crizaldo A. Fernandez, commanding officer of the 90IB.

Meanwhile, the 3rd Explosive Ordnance Disposal of the Philippine Army are currently checking the plastic drums suspected to contain anti-personnel mine components and illegal substance for bomb making. #