Find out the 3 party-list groups endorsed by Sara 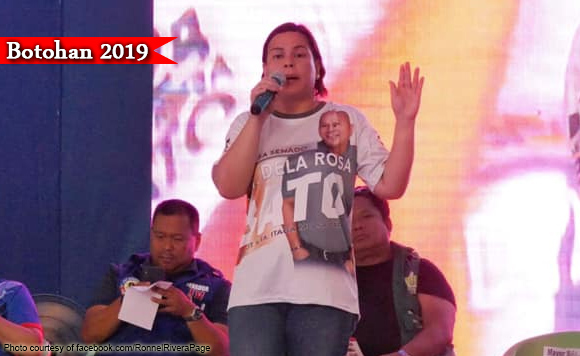 0 442
Share
Want more POLITIKO News? Get the latest newsfeed here. We publish dozens and dozens of politics-only news stories every hour. Click here to get to know more about your politiko - from trivial to crucial. it's our commitment to tell their stories. We follow your favorite POLITIKO like they are rockstars. If you are the politiko, always remember, your side is always our story. Read more. Find out more. Get the latest news here before it spreads on social media. Follow and bookmark this link. https://goo.gl/SvY8Kr

Sara said the three party-list groups deserve support as they were pro-government in contrast to the leftist groups tallegedly working against the government.

Sara is referring to the Communist Party of the Philippines and its armed wing, the New People’s Army (CPP-NPA), which is listed as a terrorist organization by the United States, European Union, United Kingdom, Australia, Canada, New Zealand, and the Philippines.

The mayor has been critical of leftist groups since last year following the Kilusang Mayo Uno-led (KMU) protest against a banana exporter here that hampered the flow of goods and people in this city.

She earlier called on Dabawenyos not to support the party-list groups under the Makabayan bloc: Bayan Muna, Alliance of Concerned Teachers, Anakpawis, Gabriela, Kabataan, and Migrante.

“These militant groups, who masquerade themselves as pro-people, only want to show hostility and chaos, especially to those who reject them and the terrorist groups they support — the New People’s Army, the National Democratic Front of the Philippines (NDFP), and the Communist Party of the Philippines (CPP),” Sara said in a press statement issued last year. (PNA)