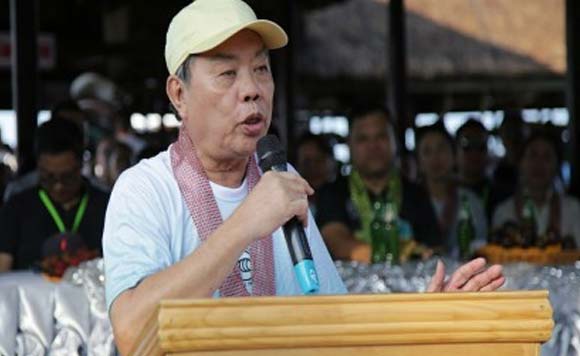 BUTUAN CITY – Surigao del Norte Gov. Francisco Matugas said the provincial government has fulfilled its mandate in protecting the health of residents amid the threats of the coronavirus disease 2019 (Covid-19).

“As the Pandemic has brought adverse impacts in practically all aspects of our lives, we made sure that our HEALS Programs are responsive to the present needs, integrating every program in our Covid-19 related measures,” Matugas said during his State of the Province Address (SOPA) on Monday (July 20) at the Provincial Capitol in Surigao City.

Matugas said that among the proactive measures implemented by the provincial government to contain the spread of Covid-19 in the area include the organization of the Provincial Inter-Agency Task Force to help craft policies and action response against the pandemic, the establishment of Command Centers, the implementation of checkpoints in provincial borders, the strengthening of field surveillance through the establishment of testing centers, and the readiness of the health care system in the province.

A total of six provincial government-managed quarantine facilities were also established in the area that already catered to 430 Returning Overseas Filipinos (ROFs) and 10,249 Locally-Stranded Individuals (LSIs).

“We have welcomed and treated our LSIs and ROFs which include our OFWs and seafarers with utmost care as they are all our brother and sister Surigaonons,” Matugas said.

He added that some 10,715 Rapid Antibody Tests (RAT) from the six testing booths have already been conducted for priority personnel, LSIs, and ROFs.

Matugas also cited the provincial government’s effort to ease the social and economic impact of Covid-19 on the residents in the area.

He said that a total of PHP162,000 financial assistance was provided to 81 stranded students and workers from Surigao del Norte during the lockdowns and PHP14 million of medical assistance to residents aged 80-years-old above and to 4,750 senior citizens in the province.

“A total of 170,598 families who are members of the informal sector, vulnerable groups, 4Ps beneficiaries, and IPs (Indigenous Peoples) in the province received food packs through the ‘Hatud Hinabang Gikan Sa Kapitolyo’ program amounting to more than P44M from the Bayanihan Fund and P31M from the Provincial Disaster Risk Reduction Management (PDRRM) Fund,” Matugas said.

During the pandemic, the provincial government also provided support to various sectors that provided the province with various types assistance to fight Covid-19.

“A total of P17 million aid to 4,801 Surigaonons through the DOLE’s (Department of Labor and Employment) TUPAD and BKBK Emergency Employment Program for March to June was made possible through the support of Secretary Silvestre Bello III, Senator Bong Go and Congressman Francisco Jose F. Matugas,” the governor said.

He also expressed gratitude to the support of the municipal mayors, government line agencies and the private sector in the fight against Covid-19.

“As of June 30, 2020, we have obligated an amount of more than P34.9 million from the P47 million we have received under the Bayanihan Grant to provinces by the national government. This amount has been used to assist in the operation of the provincial and district hospitals responding to the crisis, and for the maintenance of duly established provincial checkpoints related to Covid-19,” Matugas said.
(PNA)