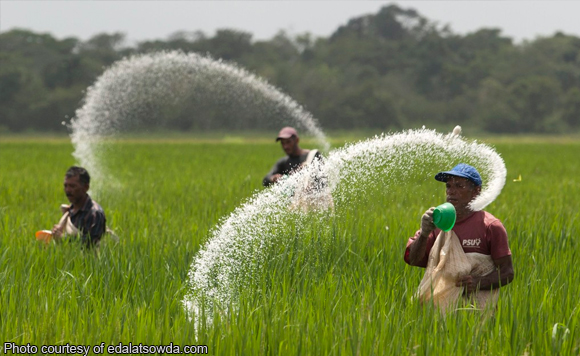 Former Butuan Mayor Leonides Plaza and eight others are facing graft charges at the Sandiganbayan for their alleged involvement in the fertilizer fund scam.

The cases filed by the Office of the Ombudsman were for violation of Sections 3(e) and 3(g) of the Anti-Graft and Corrupt Practices Act.

In its investigation, the Ombudsman found that Butuan received P5 million in 2004 as part of its allocation for the implementation of the Agriculture department’s Farm Inputs and Farm Implements Program.

Plaza allegedly signed a purchase request dated April 14, 2004 for 3,333 bottles of liquid organic fertilizer that cost P1,500 per liter in order to implement the project.

The Ombudsman said that the respondents awarded the project to Feshan Philippines a week later on April 22 and noted that on the same day, Feshan was paid the first installment of P3.1 million.

The remaining balance of P1.7 million was paid on May 31, it said.

The Commission on Audit (COA) later issued a notice of disallowance as it observed that the local officials allegedly committed procurement violations when they allegedly resorted to direct contracting without complying with the requirements under the procurement law.

COA also observed that there was alleged reference to specific brand names as well as alleged overpricing. It found that fertilizers were available at the local market but at lower prices.

Fertilizers of the same quality cost only P125 per liter, it found.

Migz to have oath before barangay chief in Bukidnon