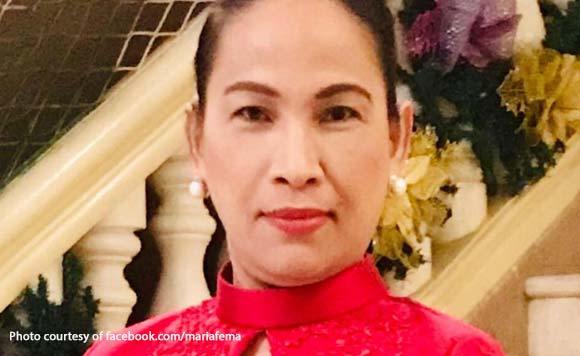 The Presidential relative lauds PRRD’s $12.165 billion worth of investments from China.

Running Vice Mayor of Ginatilan, Cebu Fema Duterte recently took a job on the senatorial candidates who raised concerns on the so-called Chinese debt trap, where other countries failed to pay back the loans from the Asian giant. Ms. Duterte, a distant relative of President Duterte, expressed her support to the pro-administration candidates who defended the China-linked deals.

“President Mayor Rody Duterte to bring home the bacon of $12.165B INVESTMENTS from CHINA. Mga Idiots inis to the Max!”, she wrote on her page, during the senatorial debate on CNN Philippines.

The investments she was referring to were the business deals which mainly involve agricultural products, energy, food, infrastructure, telecommunications, tourism, and economic zone and industrial parks, as previously cited by the Department of Trade and Industry.

King Mangudadatu challenges Davao Conyo: One on one tayo!