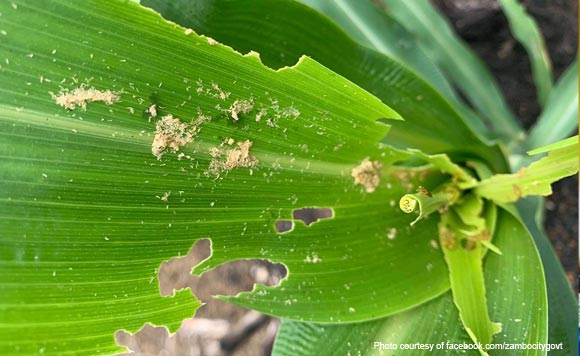 The official directed technologists to continuously monitor cornfields in coordination with farmers in the different barangays and to report any occurrence of pests to the Crops Division for immediate action.

To stop widespread FAW infestation, CAO has distributed chemicals, to include metarhizium and cypermethrin 5EC to affected farmers to spray in the infested areas to prevent further damage to their standing crops.

Sanchez urged farmers to maintain proper cultural management practices and the use of biological control agent like the trichogramma evanescens, earwig, metarhizium and other pesticides appropriate to fight FAW.

Fall armyworm is a dangerous transboundery insect with high potential to spread rapidly which can cause damage to crops.