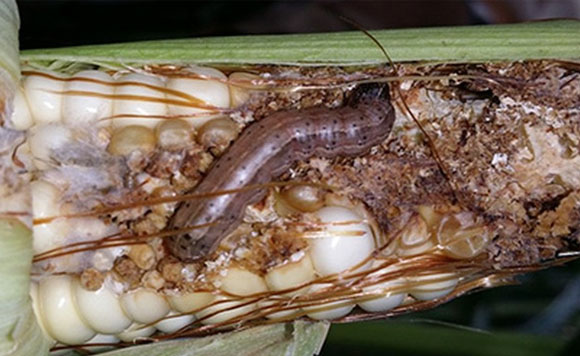 DA Region 10 or Northern Mindanao OIC-Regional Executive Director Carlene C. Collado said as of Monday, June 1, an estimated 224 corn farms with a total area of 342.45 hectares in Bukidnon have been infested with FAW, which is still subject for validation.

“FAW is an invasive species causing damage to crops, mostly corn. It is an invasive moth and prefers to eat maize specifically the sweet corn and open-pollinated (OPV) corn varieties,” the official said.

Collado ordered the QRT to conduct validation on the extent of FAW infestation in Bukidnon and Misamis Oriental.

Through the Regional Crop Protection Center (RCPC) of the Integrated Laboratory Division (ILD) of the agency, Collado said provisions of insecticides and biological control agents were given to some affected farmers in Bukidnon.

Ready chemicals in DA-10’s RCPC for the control of FAW infestation is good for 6,300 hectares, based on June 1 inventory.