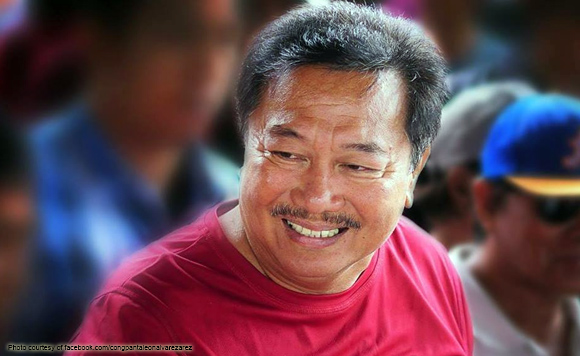 0 549
Share
Want more POLITIKO News? Get the latest newsfeed here. We publish dozens and dozens of politics-only news stories every hour. Click here to get to know more about your politiko - from trivial to crucial. it's our commitment to tell their stories. We follow your favorite POLITIKO like they are rockstars. If you are the politiko, always remember, your side is always our story. Read more. Find out more. Get the latest news here before it spreads on social media. Follow and bookmark this link. https://goo.gl/SvY8Kr

A former security officer of Davao del Norte 1st District Rep. Pantaleon Alvarez has filed plunder and graft complaints before the Ombudsman Mindanao against the lawmaker and his chief of staff Edwin Jubahib.

Jeffrey Lopez Cabigon of Carmen, Davao del Norte, in a press conference Monday, May 6, accused Alvarez and Jubahib, who is running for governor in the province, of amassing wealth during the congressman’s stint as Speaker of the House.

Alvarez and Jubahib allegedly violated Republic Act No. 7080, otherwise known as the Plunder Act, and RA 3019 or the Anti-Graft and Corrupt Practices Act.

Cabigon reportedly started distancing himself from Jubahib and Alvarez after he lost in the barangay elections in May 2018.

Edge Davao reported that Cabigon now fears for his life when Jubahib told him several times that if someone would create trouble for them, he would just kill the person.

The camps of Alvarez, a re-electionist, and Jubahib were yet to answer the allegation.

Kasfala Hall to rise in Gensan

Jinkee Pacquiao stans her one and only Ji Chang Wook